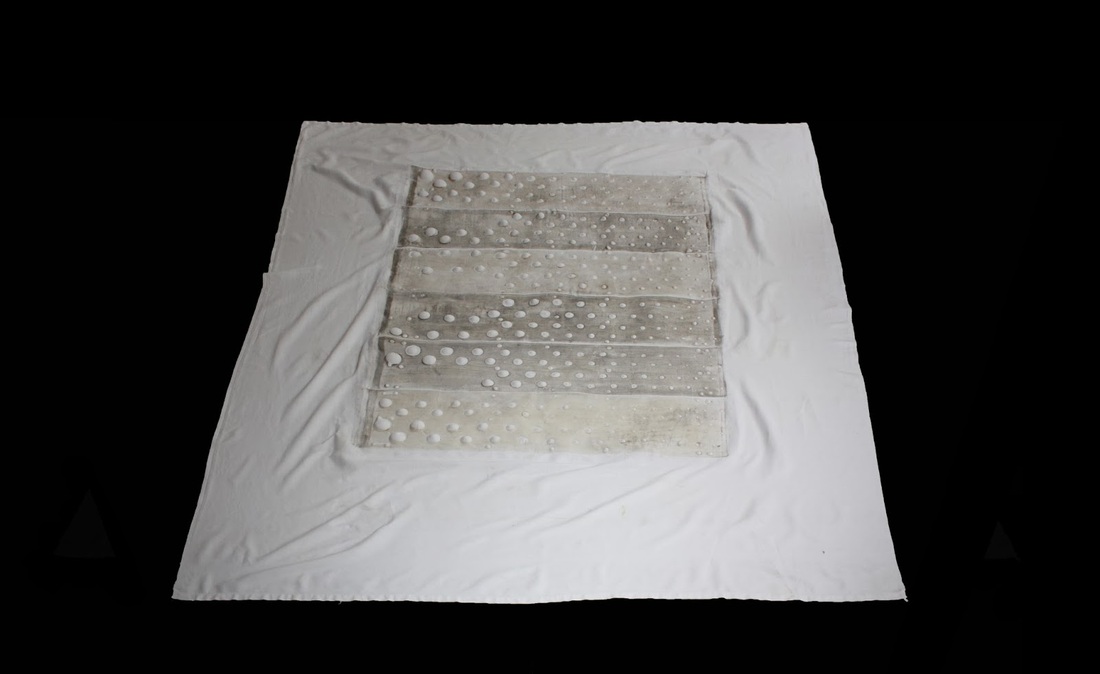 Ahead of her first solo show at Holy Biscuit Gallery, artist Louise Mackenzie talks to David Meadows about sound, sculpture and social media

The discarded fragments of a one hundred and four year old Methodist organ occupy the studio of Louise Mackenzie, deconstructed, dissected and soon to be transformed. “It was really its beauty, the aged wood and settled dust, which initially attracted me to the organ…” reveals Louise, after we leave the studio. “I couldn’t help but imagine the community it gathered, its rich history and legacy, I didn’t want to see it let go.”

Born in Edinburgh, Louise studied psychology at Strathclyde University, before working in business for some time and then enrolling at Newcastle University as a Fine Artist. Upon completing her studies, Mackenzie exhibited at Synthesis, Manchester Science Festival, and received the New Graduate Award for her installation, ‘Life Support (2013)’; an “elaborate play on the relationship between art and science”.[1]

Mackenzie’s studies into the field of psychology have fundamentally shaped her artistic practice. Through artistic, scientific and theological search for meaning amongst existence, Mackenzie’s work is an exploration of the human psyche. It was the human aspects of the organ’s legacy that steered the course of this project. Mackenzie depicts the dust itself; imprinted onto a cotton sheet donated by the church organists’ widow. Poetically named, ‘Lament’, it makes for a harrowing print that seems to seek to re-connect the deceased organist with his instrument.

Transformation Content also features a series of cyanotype prints that express fragments of memories shared by the congregation of the former church. “I think that the processes in print-making sometimes help me to think through and develop my ideas.  I see my practice as research based and I think print recurs in my work as I am interested in themes of repetition, mutation and translation; all of which relate to print.  It has for me scientific connotations, with its beautiful rich blue colour and, much like genetic or evolutionary change, minor differences with each replication.  I thought it worked particularly well with the organ wood, as the technique was invented not long before the organ was built, and also the process lent itself to the sense of fragmentation and transcription that I wanted.”

Mackenzie senses an emptiness in the wake of post-modernism, seeing her practice as in pursuit of the new, the unknown. Her aptitude to find beauty in the everyday means it is little surprise to discover her appreciation of the Arte Povera (Poor Art) movement. In post-war Italy; a period of economic and social turmoil, a group of radical Italian artists began attacking the established industries of government, through unconventional style and material. Through sculpture, photography and installation, the Arte Povera artists transformed from everyday objects.

“I think of my work however, more in terms of translation and mutation, (as apposed to appropriation). Artists like Marcel Duchamp, Andy Warhol, and Richard Hamilton, definitely influence my practice. But, what I take most from their work, is their social/cultural commentary, and the way that they pushed the boundaries of what was possible.”

In Louise’s practice, physical objects are often a starting point; which then go on to initiate the unexpected. Evoking notes on a stave, the circular holes in the organ wood that once embraced singing pipes now reveal a new composition: entropy (a term coined by German physicist Rudolf Clausius, as a way to define the transformation content of a body[2]). From a system devised by the artist, each hole is now colour coded according to size, replicating a musical beat. Collaborating with musicians from Newcastle University, this new composition was for the first time played live; performed at the Ryton Methodist Church in Gateshead on the 4th March. It will also be available via radio broadcast, daily, on basic.fm at 12:30 and within the Holy Biscuit Gallery space: an ideal time to plan your gallery visit.

Mackenzie relays her interest of community within the context of contemporary art, questioning what makes ‘community’ today. In the technological age, there exists a new remote community; transient and digitalized. ‘Heartisanorgan’ is a social media website created by Mackenzie for the upcoming show. Containing photographs loaned from the former congregation of that same Church that delivered the organ.  These digital images depict the pixelated faces of a nameless community. The former congregation and schoolchildren of Gateshead are invited to sign up to the site and share their memories, in turn giving the unnamed an identity in this digital age.

For an artist who operates in the unknown through scientific discovery, ‘Heartisanorgan’ represents a landscape of uncharted territory for Louise. Gone are the days where one chooses to be confined by a single discipline, she admits refusing to be classified as a sculptor or printer. Through cross-departmental collaboration she punctures the boundaries between science and art. “I don’t like to be pinned down to one discipline within art and quite often like to push beyond art entirely.  Here my collaboration was really with musicians not scientists, it’s really the ideas behind the work that have scientific underpinnings.  “This represents the way of the world, today everything is deconstructed and analysed, it is the times we live in and I find that fascinating.”

This upcoming show will be the first chance Louise has had to reflect on this practice within the context of the exhibition space. “Some pieces of work have a definite conclusion.  The making of 'Entropy' was significant for me - being able to digitally broadcast the organ- that concluded a process.  As far as the project goes though, I still have other ideas that I haven't even explored yet. They broaden out the project through and in turn, it will become something else entirely.”

Rather poetically, the regenerated Methodist organ returns to the former church, now contemporary art gallery, The Holy Biscuit. In a fitting finale, Louise has revived the once lifeless organ. It is now equipped with a new voice, a voice to sing it's final song.